Within the Microsoft Office suite of applications is a powerful automation tool. They are called Macros when you look through the menus, but are far more powerful than Macros in other applications. You can customize the macros in the Visual Basic programming language. It gives you deep access into the functionality of MS Office applications.

For several years, I architected and maintained the E-Learning platform for Medsn, now Indegene. It was a Flash application to navigate through Flash content, and supported external data sources for text, audio, and quizzes – as well as several other features such as AICC and SCORM tracking. Clients included many of the major pharmaceutical companies as well as medical equipment manufacturers. Here are some samples of the courses I programmed:

Patient Simulator
Over 100 training courses were developed for this platform and automation was key to get the content writers work into the system. The “parser” was a tool I developed to take a MS Word doc with a predefined table structure, fill it in with content, and then produce the data sources for the training course. This rapid conversion process allowed the writers to iterate and customize content freely.

The Script Template is a combination of a Word document template, macros written in VBA ( Visual Basic for Applications ), and forms such as those available in Visual Studio. You can edit macros right from Word, Excel, PowerPoint, or Outlook and have a Microsoft quality IDE. 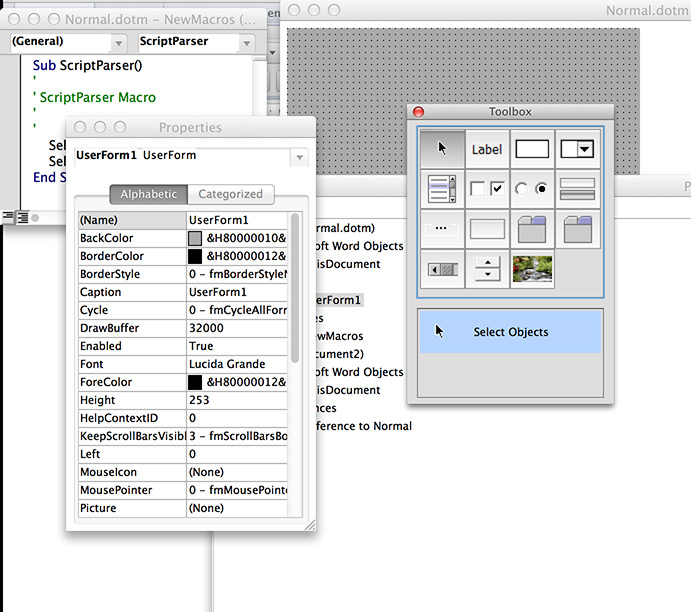 The automation of Microsoft Office applications is very powerful when combined with a language like Visual Basic.