This past weekend was dedicated to getting my first app store submission in order. I was overjoyed that it was accepted on the first review!

Originally made as a learning tool  for my son who was always on his iPad, I wanted him to get more multiplication practice for grade 2. I downloaded several apps which were entertaining and gave him practice, but I wanted more. I wanted to see if he was making progress, which questions he was getting wrong the most often, and how long it took him to do a test today vs last week. So, being a programmer, I made my own app for his iPad.

At first, I made the app in Xamarin Forms. This was going to be the quick and easy way to put it together for him to start using it. Also later,  if I decided to port it, it would be 95% ready for Android as well as iOS. When I started transitioning the app from “my son’s learning tool” to “TimesX”, I ran into issues displaying it on ALL iOS devices from the same layout. That’s when I decided to leave “forms” and move on to Xamarin iOS. The constraints system implemented by Apple for XCode was made for this, and Xamarin carried that through in it’s iOS implementation. A bit of a learning curve but it’s second nature now – constraints were a great solution that allows this app to display on every iOS device from an iPhone 4s to an iPad Pro 12″, in both Portrait and Landscape. 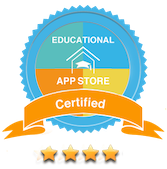